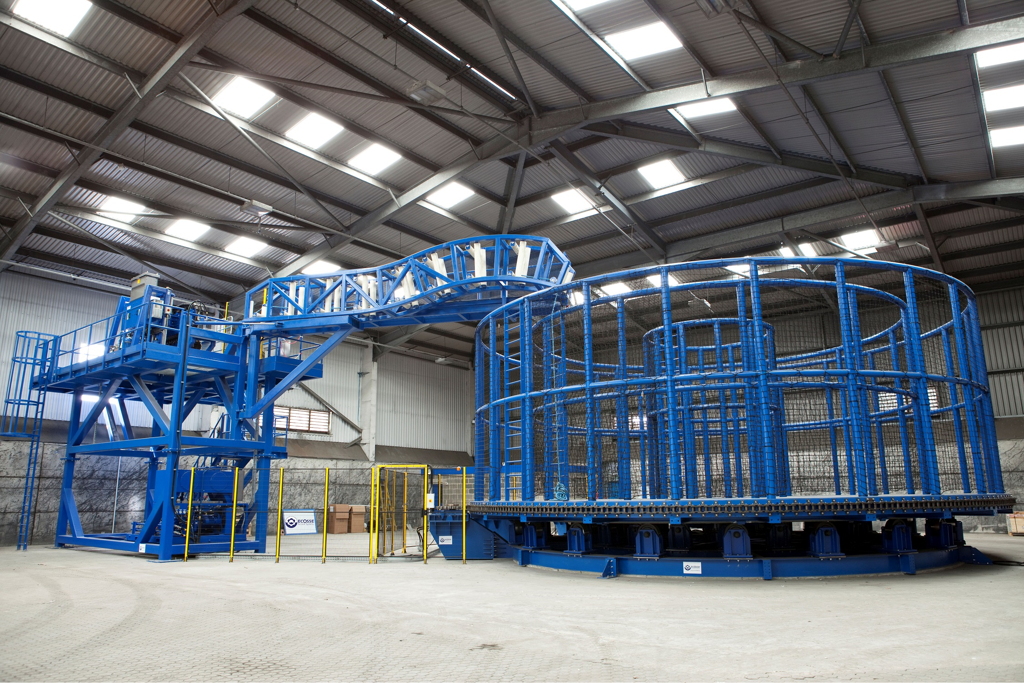 Ardmore Craig’s client has unveiled the latest image of a 700 tonne upgradeable carousel designed by the Ardmore Craig engineering team. The novel equipment, designed with a future upgrade in mind was sized for long term storage of a series of cables with all calculations, analysis and interfacing allowing for the carousel’s future expansion to accommodate a further three cables.

The carousel makes use of Ardmore Craig’s robust design basis with known failure modes in other carousel such as rollers and the track interface given particular  attention.

Director Andy Stevenson commented that this was “another great project on behalf of Ecosse Subsea who we look forward to working with again”. The project comes on the back of the company’s 200th contract award as it continues to win work in the offshore oil & gas and renewable sectors.