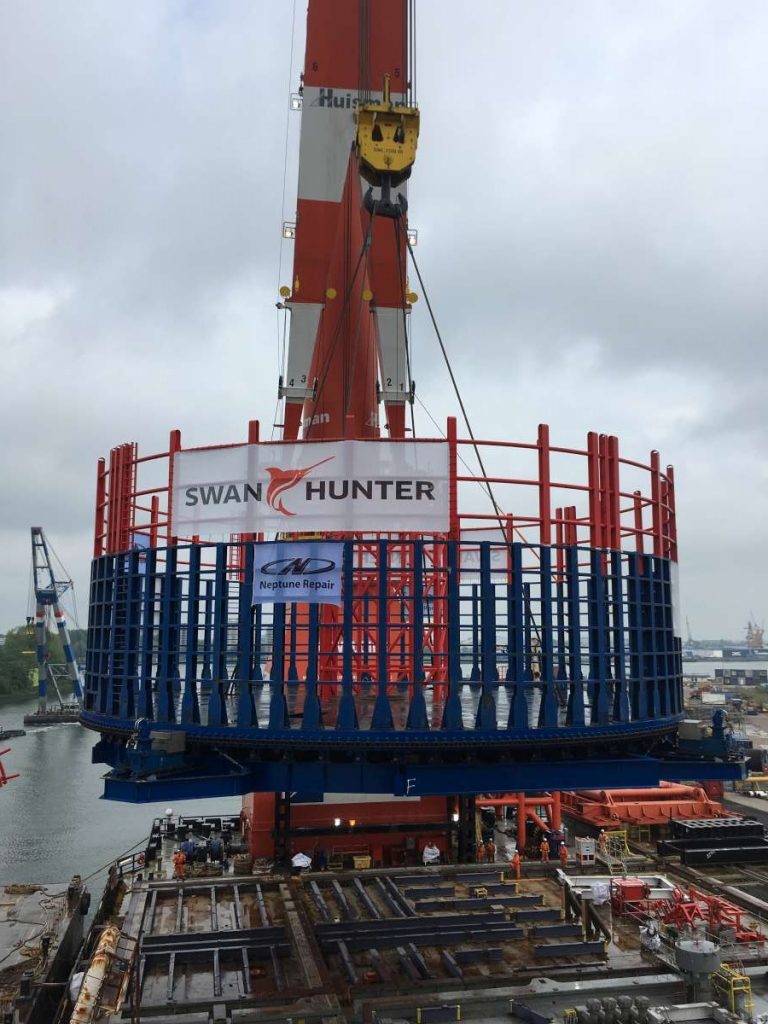 Following a period earlier in year covering engineering design, analysis and production of fabrication drawings, Ardmore Craig is pleased to see the successful mobilisation of its client’s carousel onto an offshore pipelay vessel followed by spooling operations prior to deployment to the West Coast of Africa.

The team were involved in the re-design and analysis of the structure to allow the carousel to be mobilised in a single comprising the grillage, floor, core, drive and outer basket sections rather than in a series of multiple lifts as per the original design.

Undertaking these improvements ultimately saved our client a significant amount of money and vessel downtime, with the savings likely to be added to when the equipment is eventually de-mobilised.

The structural sizing behind the single lift, which was in excess of 550 tonnes was undertaken against third party requirements and again demonstrates the team’s ability to engineer solutions for older pieces of third party equipment which require modifications for new project requirements.