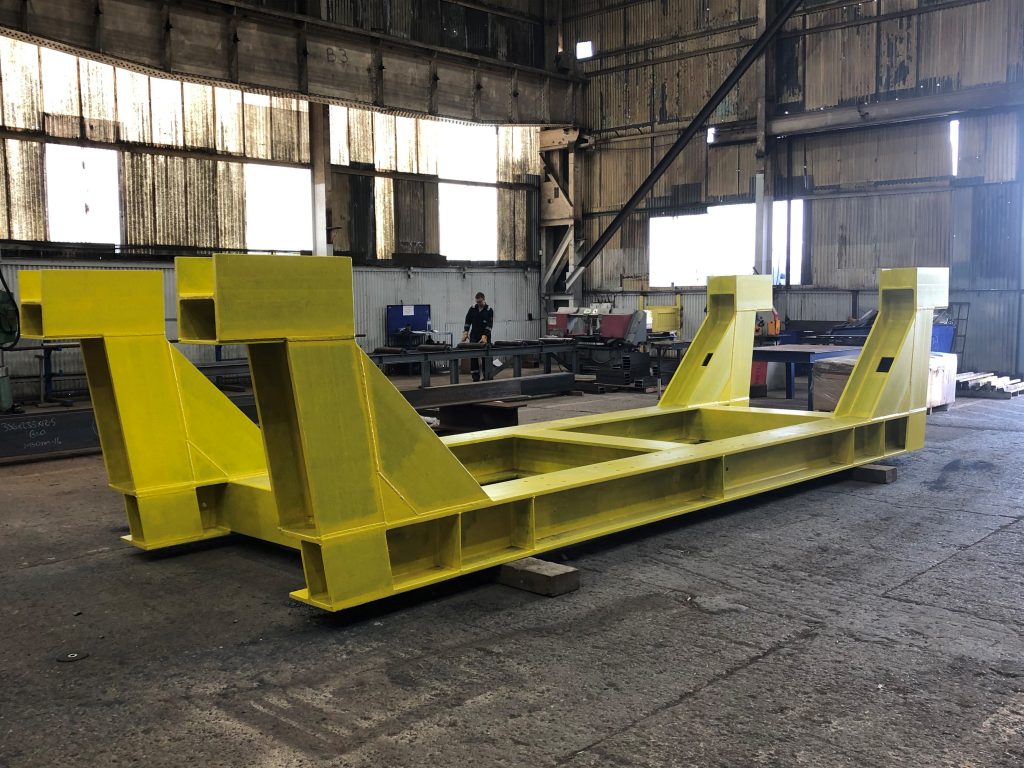 Following announcement of our 300th contract win in December last year Ardmore Craig are pleased to be able to announce the recent successful installation of a fender frame design by our client IN-SPEC Manufacturing at a facility on the river Tees.

The fender frame design and lifting tool were developed by the Ardmore Craig team in tandem with IN-SPEC and resulted in an adaptable system to allow the lowering, support and installation of a fender frame within tight timescales due to raising tides.

Following a detailed site survey by IN-SPEC, a concept design for the fender frame and an associated lifting device were provided to the Ardmore Craig team which was then subjected to structural analysis and calculations in order to verify its strength in both the installed orientation and during a range of complex lifting positions allowing the system to safely be picked up from the quayside, rotated 90 degrees and lowered into position on pre-installed support fabrications.

Our Director, Andy Stevenson, commented that the “project saw both companies working closely to develop the design and the installation plans” while IN-SPEC Director Tony Wild added that “the survey work and detailed planning led to the safe and efficient installation of the fender frames”.

You can see several images of the frame, support and installation in the images below.

Ardmore Craig is an independent and privately owned engineering company offering its clients a wide range of services based on each client’s individual needs and requirements.

The company was established in 2010 and has its headquarters in the North East of England and regularly undertakes work across the UK, Europe and beyond.

Our success has been built on developing long term relationships and offering our clients the solutions they want rather than products we have already developed. We have a strong record in repeat business with clients coming back project after project.

We put this success down to our client focus, our ability to work closely with the end users, suppliers and 3rd parties and our track record at delivering projects in rapid timescales, ahead of schedule, under budget and to the satisfaction of everyone involved. If you would like to find out more, please contact us here.